Pentecostal Assemblies of God in Soroti 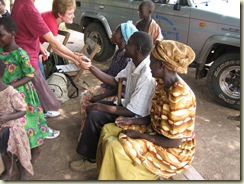 church and its community to design, plan, implement, monitor and evaluate their own development process by taking them through a series of Bible studies which include the Feeding of the 5000, the Good Samaritan and the Call to be Salt and Light. 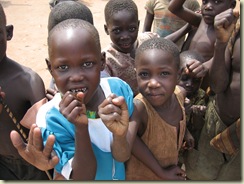 process from identifying and prioritising needs to implementing and evaluating solutions. The success of this approach comes from the sense of ownership and feeling of empowerment all participants receive.

PAG Soroti has experience in implementing this process successfully in various regions supported by both ACET and Tearfund.

Love Africa has committed to support a three year PEP Project which began in April 2009. The project focuses on HIV/AIDS mitigation in fishing communities within five PEP Parishes in the Bugondo area. 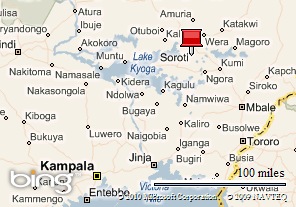 At 10%, Bugondo has one of the highest rates of HIV infection in the Soroti District. In a Baseline survey, 50% of the fishermen did not know the basic facts about HIV and 70% live on less than 34p per day.

These communities have already recognised their own vulnerability to HIV and this project is intended to scale up services for HIV prevention, treatment, care and social support to 5,500 fishermen, widows, orphans and people living with HIV/AIDS.

In the first six months of the project, an IEC Campaign was conducted using drama and radio talk shows which has resulted in an increase in the number of people coming for AIDS testing. There has been a 10% increase in awareness of the basic facts about HIV/AIDS and a reduction in the stigmatisation of those living with HIV/AIDS.

There has also been a considerable improvement in the economic livelihood of communities in the Bugondo area despite the recent drought since the communities are tackling their needs together according to PEP principles. The PEP Programme has also influenced the government into opening up a local clinic making it easier for HIV/AIDS sufferers to collect their medicines.

This project is still in its early stages but we can already see the positive impact of the PEP Programme in Bugondo. In the next six months the project aims to increase its scope by, amongst other things, training Home Based Care Givers and teaching modern farming methods to the fishermen.