The Centre for Evangelism (CFE) is a registered church organisation run by Pastor Paul Lubaale and his dedicated team and is one of five projects supported through St James’ Love Africa vision. 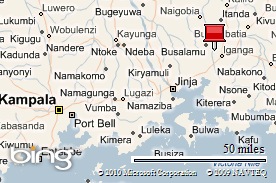 135 miles from the capital Kampala. Project implementation is carried out by the five centres shown below, each of which is responsible for the communities in its defined catchment area. CFE works through 76 churches located in the Iganga, Mayuge, Jinga, Kamuli, Kaliro, Naamutumba and Mukono districts of Eastern Uganda.

Communities in this part of Uganda are characterised by peasant agriculture, widespread poverty and disease, low household income, illiteracy, high unemployment and food insecurity. ACET (AIDS Care, Education and Training) provides support and assistance to CFE in its work.

CFE’s energies are focused upon the social, economic and welfare 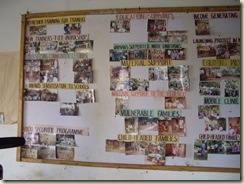 needs of vulnerable families and those living with HIV/AIDS in rural communities. These include widows, orphans, child headed households, and elderly grandparents caring for orphans.

Its main goal, as part of a holistic Gosepl ministry, is to reduce the spread of HIV/AIDS and to improve the lives of those already affected and restore their dignity and hope. This is achieved through empowering the church and community support systems to provide appropriate responses to the HIV/AIDS challenge. 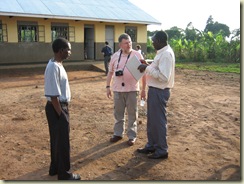 CFE’s development model encourages communities to become agents of change, owning and driving their response to the HIV/AIDS challenge in an accountable and gender sensitive manner.

The project’s key objectives are to:

CFE has made good progress against these objectives and achieved much over the two years since its activities began in the five centres shown above. Positive changes have been seen in the lives of the people covered by its initiatives and the churches in areas around the CFE churches have also benefitted.

Some of the highlights include: