One of the least talked about but most exciting of our 5 Love Africa Projects is PAG Soroti. They work with a programme called PEP which mobilises whole communities towards sustainable transformation. Most of the communities they work with are deeply impacted by HIV/AIDS. Tim Raby from Tearfund has recently completed a review with PAG Sroti and he has sent us this fascinating report.

Spending time in Uganda visiting the projects run by Tearfund’s partners means that I encounter many different manifestations of poverty. Poverty includes a lack of material possessions, a lack of access to decision-making and, perhaps most importantly, a lack of opportunities. This can result in the mindset that people are helpless and can only survive on the charity of others.
Projects such as the PEP (Participatory Evaluation Process) project operated by PAG Soroti, in eastern Uganda, can start to change this mentality – which not only exists in the minds of the poor, but also in the attitudes of many relief and development charities. Driven by a sense of compassion, and confronted by the massive needs that are apparent in many countries, the desire to offer aid is natural. Yet because such generosity does not always last forever and can create dependency, it can end up being harmful. As one man in one of the villages we visited said, “Depending on relief is like leaning on rotten wood”. 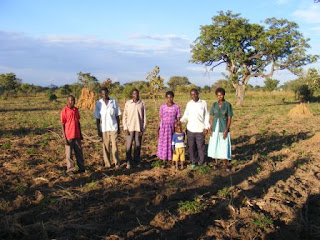 PEP starts by leading the church through a series of bible studies, which can be quite a novelty themselves, and drawing out principles relevant for development. For example, by studying the “Feeding of the 5,000”, the church can understand the relevance of Jesus feeding the crowd using the food that they themselves had; or by studying the parable of the Good Samaritan, the church can understand the importance of reaching out to the whole community, again using the resources it has. As relationships between the church and the community develop, an Information Gathering Team is appointed, which gathers and then analyses information about the community, such as the levels of education, water sources and the type and frequency of disease.
Equipped with this information and the mentality that their own resources are able to solve some of their problems, the community is then able to make remarkable progress. We heard dozens of individual stories of change, such as Robert’s, where people’s health, income, self esteem, leadership skills and spiritual growth had all improved.
The process also brings the whole community closer, so that unity and interdependence increase and relationships (particularly between men and women) improve. We heard many examples of where communities had set up nursery schools – even building houses for the teachers – and established “self-help groups” (such as the Etaritoi Group, right) where people’s savings were put into a central pot and used to improve agriculture or loaned out to help people set up small businesses.
Because the process is led by, but not restricted to, the church, we heard many stories of spiritual growth. Relationships between different denominations had improved, people could now see the relevance of church and the bible and many people had become Christians.

The role of the NGO (such as PAG Soroti) is now less a provider of aid, but more a supporter of community action. Their technical skills (such as how to improve agricultural yields or prevent disease) are still required, but PEP is no longer seen as a project “done to” a community by an NGO, but a way of life owned by the community itself. As another person we met said, “Now we think deeply about things. There will be no going back. Something very fundamental has happened here.” 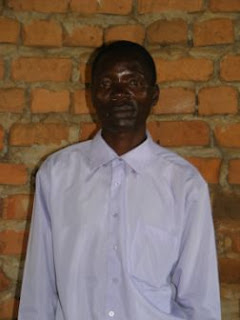 “My name is Robert Etoku and I am leading the PEP project in Otuboi. In 2003, the LRA attacked my home area. All my belongings were stolen and I had to run to the bush and then to Lira - a town about 40 miles away
When it was safe to return, I came back, but I had nothing and had to stay with my parents. After PEP I put some of the teaching into action by planting tomatoes, which improved my family’s diet and gave me money to be used for medical treatment. Last year, I sold the tomatoes for 450,000 USh - about £150 and used this to buy a heifer, which has given birth to a calf. My family now drinks milk, and all of my 6 school-age children are at school.
I have plans for a permanent house and I have already bought the timber and iron sheets and will sell this year’s sunflower crop to buy bricks.
I have 10 goats and some chickens and 7 acres on which I grow maize, tomatoes, sunflowers, cassava, beans, sesame. I use bulls for cultivating the land.
I am also the pastor of Anyara Assembly Church, which has 7 branch churches. Before PEP, we had built the church to the ringbeam level - just above the windows and we had asked PAG and others for money to complete it. After PEP, all the members of the Assembly Committee agreed to contribute 30,000 USh - about £10 and church members contributed 25,000 USh - about £8 through selling their own resources like goats and crops. We finished the church in October this year.
As a pastor I have learnt to work with my congregation, and I now have the skills to mobilise both the church and the community, so that they are able to come up with solutions and prioritise using action plans. The main things that I have learnt are that God has given us resources that we can use to meet our needs and that the church needs to be salt and light. We need to be people who can be an example to others, so that they can also change.”
Posted by Martin at 16:54